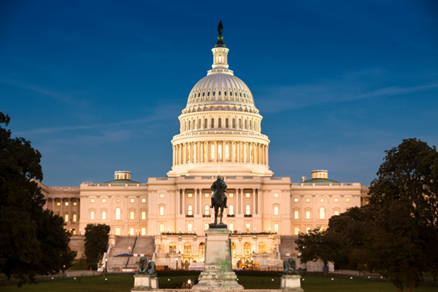 With the passing of the “Tax Cuts and Jobs Act” by the U.S. Congress in December 2017, many wonder what the impact on housing and homeownership may be in the near and long term. While opinions vary as much as the groups that express them, here are some highlights in the Tax Reform Bill as they relate to home ownership.

Overall, individual tax rates are going down and the amount of the standard deduction is increasing. This should be beneficial for many taxpayers, but its impact on housing and homeownership is yet to be determined. The Wall Street Journal estimates that with the new tax law, taxpayers who will use the standard deduction will increase by 13%. That is 13% more taxpayers than today who will not view the tax benefits from owning a home as advantageous. However, what is unclear (and unknown) is the extent to which tax considerations drive homeownership decisions for many consumers.

Second, total mortgage deductibility (excluding home equity loans) is being reduced from $1,000,000 to $750,000, which impacts less than 3% of existing mortgages, and while it could potentially increase federal taxes owed by a home owner, the amount is likely not enough to change behavior.

The bill also grandfathers loans in existence on or before December 15, 2017. This is another issue that housing critics claim may worsen an already low inventory situation because of potential sellers who will hold on to their current home and mortgage to retain the higher deductibility, but family and lifestyle reasons for upsizing or downsizing will likely override tax implications.

The property tax and state and local tax deductibility cap of $10,000 is another new feature of the tax law. It definitely impacts high property tax states such as New York, New Jersey and California, but the reduced cap coupled with a lower tax rate, may lessen the overall impact of the change. Affordability statistics still indicate that it is less costly to own than to rent in most cities even before consideration of the tax benefits of owning a home.

How will these dramatic changes to the tax law impact housing over the long-term? It is hard to know. More families may consider renting, but owning will likely remain less expensive than renting in most markets as is the case today. Most consumers won’t really know what impact the new tax law will have on their personal tax situation until 2019 when they file their 2018 taxes.

Lower overall tax rates are a positive for individuals and corporations alike, reduced deductibility of certain items will have a negative impact on affordability but could encourage mobility, and the unknown is the effect of alternative minimum taxes (AMT) on changes in tax obligations on individual families based on their particular tax situation.

Please note that the tax impact will vary based on everyone’s individual situation—so if you are thinking about the comments above as they relate to your personal tax situation, you should consult with your tax advisor.

This material is not intended to be relied upon as a statement of the law, and is not to be construed as legal, tax or investment advice.  You are encouraged to consult your legal, tax or investment professional for specific advice.  The material is meant for general illustration and/or informational purposes only.  Although the information has been gathered from sources believed to be reliable, no representation is made as to its accuracy.